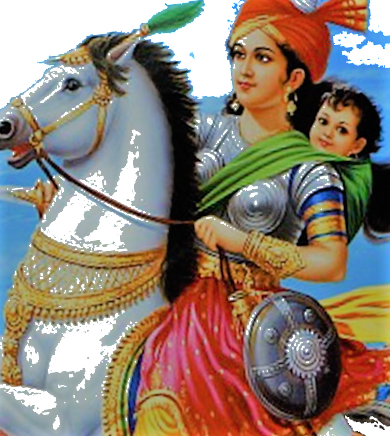 Lakshmi Bai, also Laxmi Bai, (born about November 19, 1835, Kashi, India – died June 17, 1858, Kotah-ki-Serai, near Gwalior), rani (queen) of Jhansi and leader of the Indian Mutiny of 1857 -58. Raised in the household of peshwa (ruler) Baji Rao II, Lakshmi Bai had an unusual upbringing for a Brahmin girl. Raised among the peshwa’s sons in the court, he was trained in fighting and was skilled in sword fighting and horse riding.

She was married to the Maharaja of Jhansi, Gangadhar Rao, but was a widow with no heir. Following established Hindu tradition, shortly before his death, the Maharaja adopted a son as his heir. Lord Dalhousie, the British Governor of India refused to accept an adopted heir and placed Jhansi in line with the doctrine of alienation. An agent of the East India Company was assigned to a small kingdom to look after administrative matters.

Lakshmi Bai, raised in the family of Peshwa Baji Rao II, had an unusual childhood for a Brahmin child. Raised among the boys of the Peshwa’s court, she was trained in fighting and became an expert in swordsmanship and horsemanship. She was married to the Maharaja of Jhansi, Gangadhar Rao, but was a widow with no heir. Following the existing Hindu tradition, the Maharaja adopted a son as his heir shortly before his death. Lord Dalhousie, the British Governor of India refused to accept an adopted heir and placed Jhansi in line with the doctrine of alienation. A representative of the East India Company was placed in the small kingdom to oversee the administrative work

In 1842, she married Raja Gangadhar Rao Newalkar, Maharaja of Jhansi, and named her “Lakshmibai”. In 1851 they were blessed with a son, Damodar Rao, but he died at the age of four months. Later they adopted Anand Rao, nephew of Raja Gangadhar Rao, and renamed him Damodar Rao. After the Raja’s death in November 1853, the British East India Company, led by Governor-General Lord Dalhousie, imposed the “doctrine of exclusion”. As Damodar Rao was an adopted son, he was denied the throne of Jhansi and the British company fraudulently annexed the state of Jhansi to its territory.
In March 1854, he was ordered to leave the Jhansi Fort with a pension of sixty thousand rupees per annum and moved to the Rani Mahal in Jhansi. But She continued to protect the throne of Jhansi for his adopted son.
He was determined not to abandon his empire of Jhansi and strengthened its defenses. He raised a volunteer army where women also received military training. His army was joined by heroes like Gulam Gaus Khan, Dost Khan, Khuda Baksh, Lala Bhau Bakshi, Moti Bai, Sunder-Mundar, Kashi Bai, Deewan Raghunath Singh and Deewan Jawahar Singh. On May 10, 1857, while he was gathering troops, the Indian Sepoy (Soldier) Mutiny, (India’s First War of Independence) broke out in Meerut. During this rebellion, Indian soldiers killed many British civilians, including women and children. Meanwhile, the British army was forced to focus on bringing the rebellion to a quick end, so he was left to rule his kingdom on behalf of the people.
In June 1857, some rebels of the 12th Bengal Native Infantry captured the fort of Jhansi which contained the treasure and killed the European officers of the army along with their wives and children. As a result, he took over the government of the country and wrote a letter to the British Prime Minister explaining the reasons why he did so.
During his reign,

Jhansi was attacked by the British Company’s troops ‘Orchha’ and ‘Datia’; Their aim is to divide Jhansi between them. He appealed to the British for help but got no response from them. So he gathered an army and defeated the invaders in August 1857. During the period from August 1857 to January 1858, Jhansi under his rule was peaceful. But the arrival of the British army strengthened his party and encouraged the Indian army to fight for freedom from British rule. When the company forces arrive and ask him to surrender the city, he refuses to surrender and defend his kingdom. This is how the battle of Jhansi started on March 23, 1858. She and his army fought bravely for the kingdom of Jhansi but the British forces defeated his army and forced him and his son to flee to Kalpi, where she was joined by other rebel forces including Tatya Tope.
On May 22, 1858, the British army attacked Kalpi and defeated another Indian army, which forced the leaders, including Lakshmibai, to flee to Gwalior. The rebel forces were able to capture the city of Gwalior without any opposition. A British attack on Gwalior was imminent but he could not convince the other leaders to prepare for it. On June 16, 1858, the British army attacked the town where he was killed in a fierce battle.

On May 10, 1857, the Indian Rebellion broke out in Meerut. When this news reached Jhansi, Lakshmibai increased her security and celebrated Haldi Kumkum to convince her people that the British were cowards and had nothing to fear. In June 1857, the 12th Bengal Native Infantry captured the Star Fort in Jhansi, convinced the British to lay down their arms and promised them no harm, but the soldiers broke their word and killed the British officers. However, Lakshmibai’s involvement in this event remains a matter of debate. The sepoys threaten Lakshmibai to blow up the royal palace, get a lot of money from Jhansi and leave the place after 4 days of this incident.

The kingdoms of Orchia and Datia tried to invade and divided Jhansi between them. Lakshmibai appealed to the British government for help but got no response as British officials believed she was responsible for the murder.

On March 23, 1858, Sir Hugh Rose, the commander of the British army, asked Rani to return to the city and warned that if she refused, the city would be destroyed. To this, Lakshmibai refused and announced, “We are fighting for freedom. According to the words of Lord Krishna, if we win, we will get the fruits of victory, if we are defeated and killed in battle, we will get eternal glory and salvation.’

On March 24, 1858, Jhansi was sacked by the British army. Jhansi defenders appealed to Lakshmibai’s childhood friend, Tatya Tope. Tatya Tope responded to this request and sent more than 20,000 soldiers to fight the British army. However, the army did not stop Jhansi. As the destruction continued, Rani Lakshmibai and her son fled the camp with her horse Badal. Badal est mort mais les deux ont survécu.

N’oge a, nụ nche ya duuru ya – Khuda Bakhsh Basharat Ali (ọchịagha), Gulam Gaus Khan, Dost Khan, Lala Bhau Bakshi, Moti Bai, Sunder-Mundar, Kashi Bai, Deewan Raghunath Singh and Deewan Jawahar Singh. He secretly went to Kapli with a few guards and joined other rebel forces, including Tatya Tope. On May 22, 1858, British forces attacked Kapli and defeated Lakshmibai. Rani Lakshmibai, Tatya Tope and Rao Sahib fled from Kapli to Gwalior. All three joined the Indian army defending the city. They wanted to capture the stronghold of Gwalior because of its strategic importance. The rebel forces captured the city without facing any opposition and proclaimed Nana Sahib as the Peshwa of the Maratha Empire and Rao Sahib as its governor. Lakshmibai was unable to convince the other rebel leaders to defend the force, and on June 16, 1858, British troops successfully attacked Gwalior.

Fact 1: The Rani’s representative went to Nepal in 1863 for help, but Prithvi Bir Bikram Shah rejected the call. Then he met Rajendra Bir Bishwa I, King of Nepal, and discussed his problems. Later, he sent his brother Prince Dal Mardan Shah.

The Nepalese army managed to capture the Jhansi Fort, drive out the British troops, which were not theirs, and rescue Damodar Rao Newalkar, who was held captive by the British East Indies Company at Agra Fort. Fact 2: After this rescue act, Rani Lakshmibai became famous among Indian nationalists like Bal Gangadhar Tilak, Lal Bal Pal and Aurobindo Ghosh.

Fact 3: Rani Lakshmibai died on June 18, 1858, during the Indian Rebellion of 1857, from a gunshot wound while fighting against British troops who broke into the Jhansi Fortress – she was one of the most formidable leaders of this rebellion. Tatya Tope is said to have written the ‘Last Message’ to her son before leaving the bunker to fight the approaching British army. The queen’s body was burned on a shoe tree.

Over time, many patriotic songs and poems were written about her bravery, including the Hindi poem “Jhansi ki Rani” by Subhadra Kumari Chauhan, which found its way into the lore of many Indian school.

Although Lakshmibai is portrayed as an outstanding example of Indian independence in Indian literature, poetry, and drama, Victorian literature often portrays her in a negative light as a woman who senseless, hideous and bloodthirsty. Many movies and television series have been made about his life. These are “Tiger on Fire” (1953) and “Manikarnika: Queen of Jhansi” (2018); TV series “Jhansi Ki Rani” (2009). Many books and articles have been written about Lakshmibai’s bravery. Some of them are “Queen of Jhansi” (1956) by Mahasweta Devi and “Rani” (2007) by Jaishree Misra. 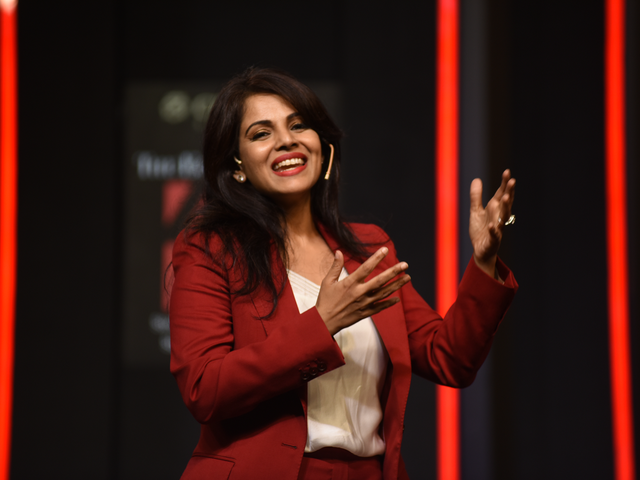 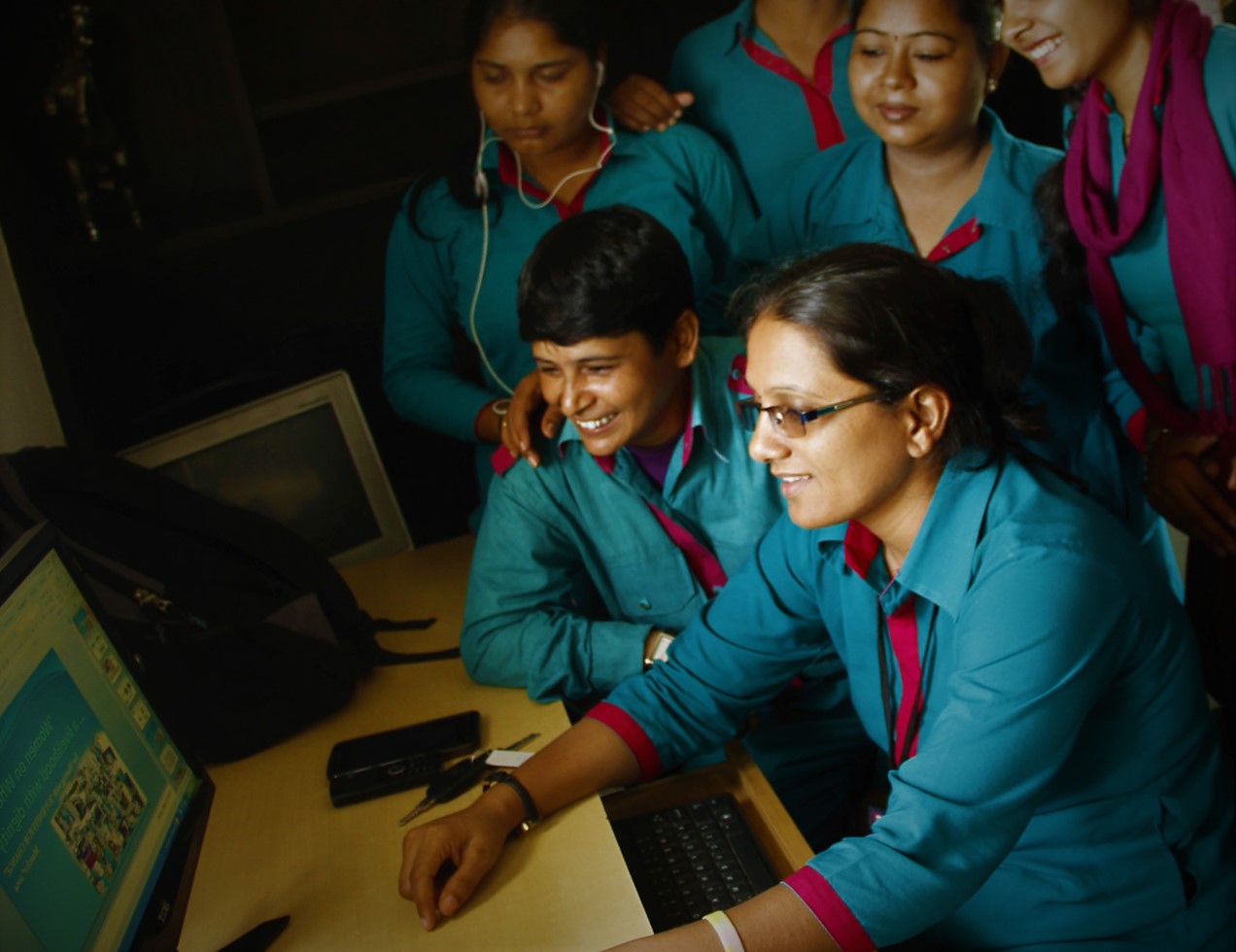 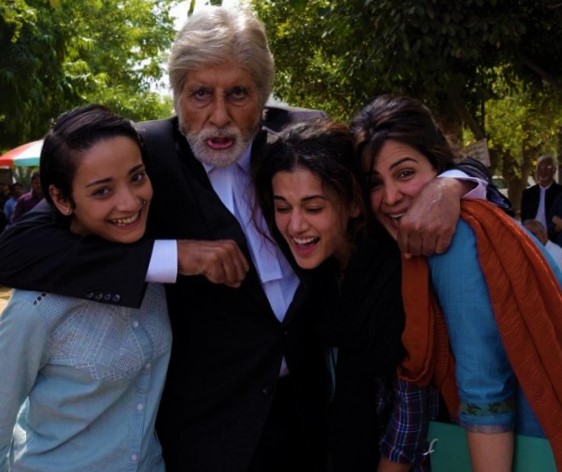